You are here: Home » Uncategorized » Shame

I wanted to share with you a great article on the idea of Shame, written, not by myself, but by my principle trainer, Bob Cooke. As Bob’s work has greatly informed my own it seems appropriate that I look to his writing to both aid my clinical work and also to inform clients of ‘what is going on’ for them.

I have chosen this particular article on Shame because, as Bob refers to it, it is largely ‘the forgotten emotion’ yet one that is so commonly experienced, it is hugely important that shame be addressed in the therapeutic setting. It is a natural response to wish to withdraw or hide away our feelings of shame and not bring them out into the open. Therapy is THE place to bring hidden aspects of ourselves, emotions, experiences, thoughts, out into the open so that we may be able to look at them, feel them and where possible, in some instances, rectify them. If we continue to hide our shame both in life and in therapy what chance do we stand of being whole? 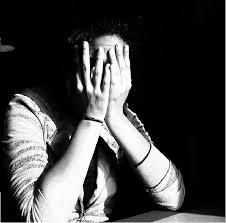 I hope you enjoy reading Bob’s article. If you are interested in reading more from him, you can find it here.

Shame, more than any other emotion, can be seen as the enemy within. It is for many the forgotten emotion. Indeed in research for this article, I was starkly reminded of the of the little that is written in the literature on the consequences of shame or even what shame is as an emotion. Freud, for example, concentrated on the subject of guilt rather than shame and from my own discipline it is only in recent times that Transactional Analysts have written on shame in any real depth. In some ways this is a strange phenomena, that so little has been written on the subject.

Perhaps though, the major reason for the ignoring of shame in this sense is that most often a person’s response to shame is to hide and withdraw, to retreat and remain isolated. The last thing a shamed person wants to do is to open up and be ‘seen’ by people.

“Shame is an internal, excruciating experience of unexpected exposure, it is a deep wound felt primarily from the inside, it divides us from ourselves and others” (Erskine 1993)

Or, in T.A. terms we can see shame as an: “internal expression of an interpsychic conflict between a reactive child ago state and an influencing parent ego state”. (Erskine 1993)

Shame is the consequence of a rupture in early relationships, it is one of the most painful of emotions and for most people who feel shame, they want so desperately to ‘not be seen’, to many it is the very focus of attention that is so crippling for them in their everyday lives. Indeed the moment attention is solely focused on them, they fight so desperately to withdraw and will do ‘anything’ to not feel the feelings that are around by ‘being seen’. The defences to the above may include freezing, trying to be perfect, intellectualising, smiling or creating another self to deal with the world.

The parent in this process, by placing the total responsibility for the rupture of the relationship on the child, will by definition set up a process where the child will be faced with great internal/external pressure to decide that there is something wrong with them. The alternative to voice or even feel that it could be the parent that was wrong would be so overwhelming, especially as they were dependent on their early survival from the significant other.

This internal early belief system “something is wrong with me” then becomes the basis or core of the script system. It becomes the base from which the child then builds on in their development. It is based on the myth to which the shamed child has bought into and becomes pervasive throughout their life. Indeed the myth becomes, for the person, as powerful as any existential decisions about themselves. This is how they see and feel themselves to be, this is what they are and how they exist. They fundamentally believe that: “something is wrong with me”.

The question then, for any therapist/counsellor in dealing with a person who feels so shamed and so fundamentally believes the above, is how we facilitate the person to realise that something is right with them, not essentially wrong, and how we do this in a way that is not reinforcing the shame or replicating the early ruptured relationship?

The methodology then for therapy with a person who feels existentially and irrevocably shamed is through Contact, Inquiry, Attunement and Involvement, the four basic tenets of any relationship contact oriented therapy. It is through the above, with respectfulness, that the antidote to shame will be found.

Bob Cooke TSTA is the founder of The Manchester Institute For Psychotherapy England We provide Psychotherapy and Counselling.We also run comprehensive Psychotherapy,Counselling, and Supervision trainings.As well as the above we run a vibrant CPD program. http://www.mcpt.co.uk